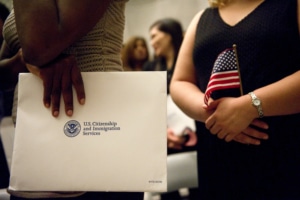 Immigration case processing delays have hit record highs in the last several years. A part of the prior administration’s strategy was to slow the immigration system down to a virtual halt, delaying benefits to eligible immigrants in some cases for years beyond the normal processing times. Immigrants, though reluctant, have a very effective tool, to combat unreasonable delay in the adjudication of immigration benefits, in the form of a federal action.

There are three types of federal actions that can be brought to challenge immigration related delay:

1. Mandamus Actions
The Mandamus Act, 28 U.S.C. §1361, can be used to compel administrative agencies to act. Mandamus actions or “writs of Mandamus” are federal actions that are filed in the U.S. District Court with jurisdiction for the case. Mandamus actions empower the federal court to instruct other federal agencies, such as USCIS, to perform their mandated duties, within a specific timeframe ordered by the court. Mandamus actions will result in the court setting a specific timeframe within which the government must issue a decision on a case. The court will not make the ultimate decision.

2. Administrative Procedures Act (APA) Actions
The APA also allows individuals to challenge an agency’s unreasonable delay. The APA requires agencies to conclude matters “within a reasonable time,” 5 U.S.C. § 555(b), and authorizes a federal court to “compel agency action unlawfully withheld or unreasonably delayed,” § 706(1). Similar to mandamus, a court is only able to compel the agency to act; it cannot compel the agency to decide the application.

3. Petition for Naturalization (Form N-400)
The Code of Federal Regulations provides that naturalization applications pending for more than 120 days after an interview or after additional documentation is submitted, can be removed from USCIS’ jurisdiction by the filing of a federal lawsuit. The US District Court judge will then have jurisdiction to:

If you need help with an immigration matter, it can be overwhelming, and be hard to even know where to start looking for help or what options are available. Our attorneys at HAWM Law are ready, experienced and committed to helping immigrants at any stage of the US immigration process. You do not have to struggle through this process alone.

Call Us To Schedule A Consultation

Delay lawsuits have proven to be a relatively simple and quick remedy in situations where the government has failed to act when it has a duty to do so. However, it is not always fool proof and immigrants should seek the advice of counsel experienced in federal actions before moving forward with a lawsuit. In some cases, delay can be as a result of prolonged investigations in a specific case, stemming from suspicion of immigration fraud or federal criminal investigations.

At HAWM Law, we have a 100 % success rate representing individuals with immigration related delayed cases in federal court. Although we cannot guarantee an outcome, as every case is unique, we welcome the opportunity to discuss your delayed immigration case with you today.

TPS vs. DED: What Does It All Mean?

Do I Qualify For An Uncontested Divorce?
Scroll to top